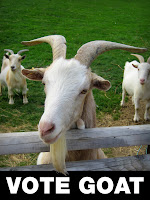 I’m a bit of a nerd for vote counting systems. So I discovered with delight that in the UK, there will soon be a referendum on changing the way votes are counted. As I write this, most of the UK (and the USA) uses a method we call “First past the post”.

It’s called “First past the post”, but it isn’t. The name is about as ridiculous as calling North Korea;  “The Democratic People’s Republic of Korea”. The country is on the Korean peninsula, so at least that name is a little bit honest.

Put what you know to one side and think about what a vote counting system called “first past the post” should look like by the name alone. It’s a clear analogy to running in a race with a “post” at the end of the track. So there’s a predetermined number of votes and the first candidate to get past that threshold wins?

Nope. “First past the post” doesn’t work that way at all. 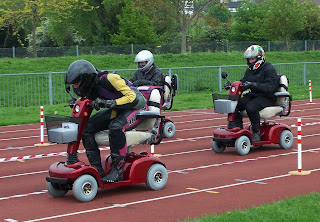 Imagine a vote of 100 voters selecting one of three candidates; A, B and C.

If we put the “post” at 51 votes (a simple majority), then all three candidates lost. They all fell over and dropped out of the race before anyone reached the finish. Three pathetic failures. Rather than declaring no-one the winner, the people organising the race then dig up the post and re-plant it just behind A, as if the post was always there. He is declared the first one to pass the post.

If that wasn’t confusing enough, the other counting system to be offered in the referendum, “Alternative Vote” or “AV”, does indeed look like how you’d imagine “first past the post” to work. To continue the analogy with AV, candidate C drops out of the race after the first round. The second preferences of C’s voters are counted and added to A’s and B’s total.

Hurrah! After two rounds, B was the first candidate past the post. A had an early lead but couldn’t keep up as far as the finishing line, overtaken by B in the closing straight.