Here’s a TV advert for a camera touting the benefits of film cameras over digital cameras. I’m almost inclined to wonder if this advert is a parody, but even so, it has a point. 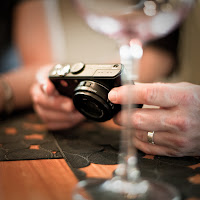 I’m reminded of when I was lending my digital camera to a friend some time ago. She knew how to use a film camera, but the technological revolution had, alas, left her behind.

She had no problem with the LCD display on the back. This was why she wanted to borrow my camera in the first place after she saw me using it. Taking a picture while holding the camera at arms length is a lot easier than holding it up to the eye.

Showing her how to browse old pictures took a bit of teaching but she soon picked it up. It helped a lot that this camera had a big switch with only two settings; taking-pictures or looking-at-pictures.

The big stumbling point was when I showed her how to use memory cards. I tried to explain how it stores pictures, but I got a lot of blank looks. I finally said “This card is like the film.” There was a sudden look of understanding on her face.

The analogy to traditional film cameras worked perfectly. I told her that the photo shops will develop (print) her pictures, produce negatives (make a CD copy) and clean the film off to be reused again. If she needed more film, she could buy some by asking for a “128 MB SD” at the shops (which might tell you when this story took place).

Somehow, the camera industry managed to sell us cameras without having to give us chemistry lessons first. And yet, we all need computer science lessons to use digital cameras. People never really cared about the chemical processes of film photography and we shouldn’t have to care about bits, megabytes and other pieces of jargon that can be abstracted away.

So, here are my suggestions for the digital camera industry.

1. Standardise!
Why are there so many memory card formats? As far as I can tell, they’re all flash memory chips contained in differently shaped blobs of plastic. The industry needs to pick one shape of blob and stick with it. No inventing new blobs unless there’s a really good reason to.

2. Call memory cards, ‘digital film’.
Embrace all the metaphors. If the world already has a name for something, don’t come up with a different name for it.

3. Tell me how many pictures it can store, not how many gigabytes.
This one will be tricky, as the size of a picture depends on the number of pixels. So while I don’t think we could realistically get rid of the “GB”, cameras need to help the user by telling us how many pictures are in a “GB” at that particular time.

4. Cameras should come with a reasonably sized card as standard.
How would you feel if you bought a camera, but later found the lens was extra? Digital film (getting used to the phrase yet?) is reusable and will probably last as long as the camera itself. So why not bundle it with the camera and save your customers the hassle.

5. Photo printing shops to provide archival DVDs as a standard part of the service.
People using film cameras expected their negatives as part of the service. Copying a few gigabytes full of pictures to a DVD should be cheap enough that it could be offered free to anyone who wants to print a vacation’s worth of snaps.

Hang on, did that advert just say two cameras for ten dollars? Forget everything I just wrote, that’s a bargain! 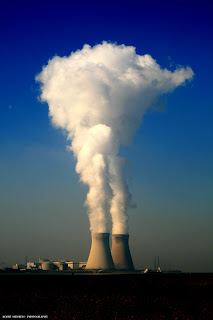 Being an evil genius, I’m obsessed with getting as much power as possible. If only I could get power for nothing, but alas, I have to pay for it.

In England, and most of the western world, we have a well established system of sending electricity from the power stations to me and sending money in the opposite direction. It works, but I think we can improve on it.

Electricity starts life at the power stations. They sell their power supply on the grid at market rates, competing with other power stations. The price of electricity fluctuates over the day. If the price goes down far enough, they might switch off the generators, keeping their raw materials for when the price goes up. A wind farm can’t keep stocks of wind in reserve, so they will stay online all the time regardless of the price.

We, the public, never see those fluctuations in price. Instead, we purchase electricity from a supplier who deal with the power stations. The suppliers usually charge us a fixed amount per unit of energy, sometimes having a daytime rate and an overnight rate, but the price they charge us is fairly stable, only changing the rates every few months.

(As well as the suppliers, we also pay the companies that maintain the grid system and meters in our homes. This article is not about them.) 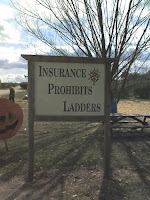 When all is said and done, what do the suppliers actually do? They don’t generate the electricity and they don’t bring it to us. They are middle-men who flatten out the price, charging a bit more than the expected average price, like an insurance premium, to compensate for the risk of over-demand and price rises. Do we need that service? We have insurance to spread the risk of unexpected events, not for the everyday costs of life.

What if, instead, we had a minimal supplier that just handles the accountancy at a low cost, quoting a price that changes every five minutes, tracking the wholesale price. (Perhaps having an easy to use gizmo that displays the current price.) With this type of supplier, we would probably save money over the long term. After all, we wouldn’t be paying that insurance premium any more.

But more important than that, it would give us an interest in when we use electricity. At the moment, we really don’t care that the price of electricity rises dramatically during the adverts on popular TV shows. We all switch on our kettles at the same time, not really caring about the economics. If we felt the rise in price, we might plan our tea making better to avoid these peaks and save some money.

This plan wouldn’t have worked when the grid was originally built, but computer and communications technology have advanced to point where we can finally think about pulling down the old ways of working. I’m looking forward to it.